Usually I am sharing only my art works here, but I had so much fun with my son that I thought I show you what we did at downtown tonight. Well it is a double occasion, it was the official beginning of the Winter festivals in my city and not second at all, no, of course the first at place, this weekend is the birthday weekend of him, yes weekend, how can an early teener have less then a weekend? Yesterday was the official day, you know that one that the city hall puts on the papers. So then we had some cake and his favourite dish which is fish and chips (fried and not soaked in oil), and he is not British! Today we planned to kick it up at downtown. Watch out here we come: 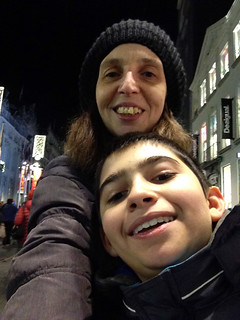 That’s the Meir, our shopping street. Here we began, waiting for the parade

with circus artists and fire show, the first act for the festival: 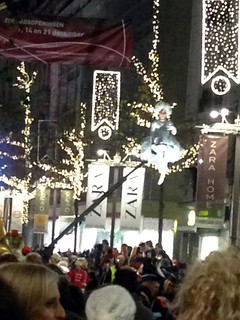 All those lights are fantastic and magical in the middle of the night. 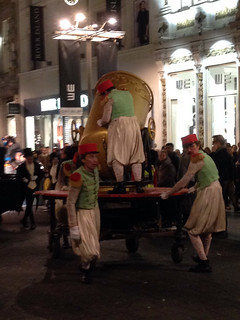 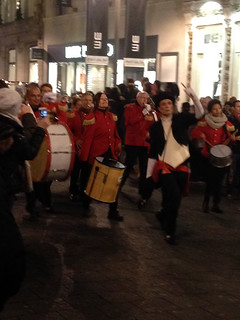 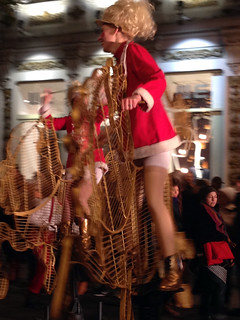 And giant elephants made from golden tule: 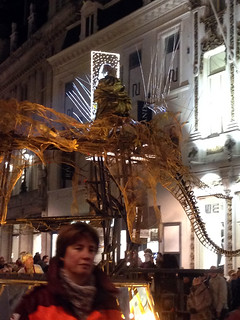 And a lot to laugh at: 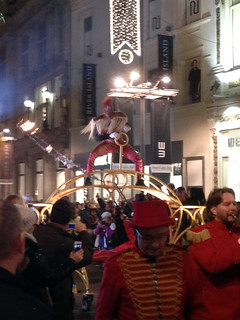 And while we just waited to listen to the opera singers

(they climbed into this enormous giant skirts, up to the top): 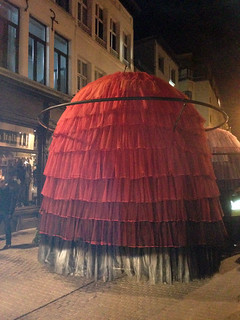 Under the stars we enjoyed some hot chocolate with parlinès

that they can make only by us in Belgium: 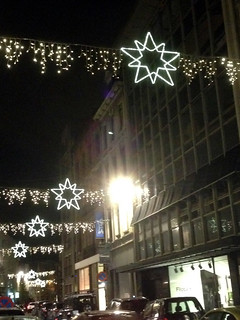 You can have some beer or hot wine, the City market shows its best.

The end result can be like by us Antwerp-oholic: 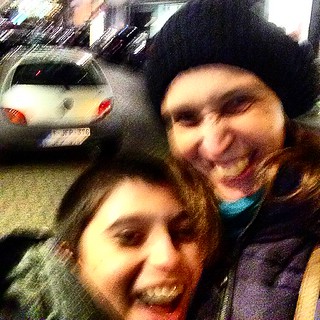 Hope you enjoy that special time of the year as much as we did.

18 Responses to Seriously having fun